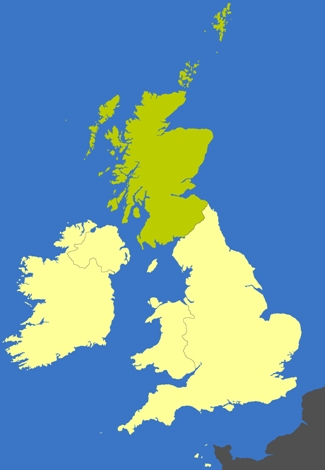 The capital of Scotland is Edinburgh.

The Scottish Parliament, established in 1998, passes legislation in all matters relating to Scotland apart from reserved matters in which the power to legislate is retained by the United Kingdom Parliament.

Scotland has its own legal system – Scots law.