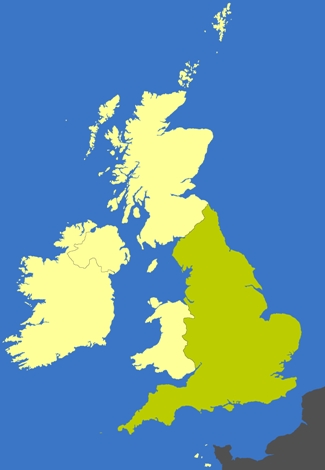 The capital of England is London.

England does not have its own legislative body: legislation relating to England is passed by the UK Parliament.

English law is the legal system of both England and Wales.